Carl Schonbeck is an American born, Milan Italy based guitarist/songwriter/composer with over 30 years of experience. His songs combine the warmth, eclectic spirit and melodic innovation of classic '60s & '70s Rock/Pop, Blues and Soundtracks with today's rhythmic innovation and production values. He has released ten records and has also recorded and/or performed with luminaries such as producer Scott Mathews, Huey Lewis & The News guitarist Stef Burns and Italian Rap-Rocker Achille Lauro. Carl's latest record "Twenty-Four Seven" is now out and available on Spotify and other streaming outlets. He is also the lead guitarist and vocalist with Mary & the Quants, one of Italy's top Sixties cover bands.

"When I heard Carl's music I heard something real." Producer Scott Mathews

“Today's featured track 'Who Would Have Thought' is quite the listen, it almost transports you through time and space to a secret meeting in a swanky big city apartment with that special someone. The track's creator, the talented Carl Schonbeck, really impresses with this masterpiece of song-making, striking every single heartstring with each note."  - Erik Trainor, Radio Sparx

NEW CHRISTMAS BLUES RECORD FOR MEDIATRACKS UK! Get into a slightly mischievous holiday spirit with this collection of Christmas songs inspired by the classic Jazz & Blues of the 1920s and 30's. Featuring authentic period styled vocals and arrangements. If Woody Allen made a Christmas movie, the soundtrack might sound something like this!

"Wake Me Dear" from my 2021 BMG/Klanglobby release 60s/70s Rock Revitalized was recently used on the Netflix series Belascoaran - hear it on Spotify: https://open.spotify.com/track/5h0Wsi71bLUpZR2G2foZ8d?si=a795eacea81344bb 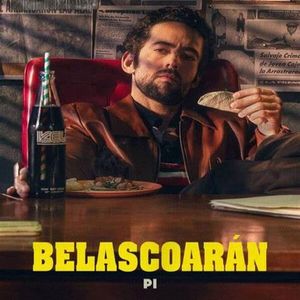 The instrumental track "Wager Player" was recently included on the Hollywood Trax compilation "You Bet Your Funk" - check it out!